The 2013 Legislature has now authorized school boards the ability to convert up to $300 per adjusted pupil unit (APU) of voter approved referendum authority to board approved authority for fiscal 2015 and beyond. This authority can be applicable for up to five years and would begin with taxes payable in calendar 2014. 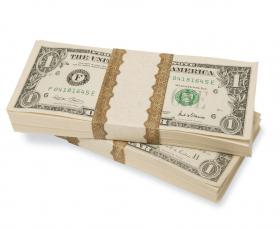 Refunding Bond Sale will Save BHM Schools Over $5 Million

On Thursday, February 23, 2012, Ehlers, the district's financial advisor, took bids for the sale of general obligation refunding bonds for BHM Schools. The bonds will refund 2014-24 maturities of the $42.4 million General Obligation School Building Bonds, Series 2003B, dated November 1, 2003; and the 2014-18 maturities of the $9.1 million General Obligation Alternative Facilities Bonds, Series 2005A, dated December 1, 2005. The first bond issue was for the construction of Northwinds Elementary School (2003). The second bond issue was for alternative facilities projects completed at Tatanka, Hanover, Discovery, and Montrose elementary schools (2005).

The release of property tax statements (Truth in Taxation Statement) and the approval of the Buffalo-Hanover-Montrose School District (BHM) levy renewal on Election Day November 8, 2011, are causing some confusion among school district residents. And for good reason, it's confusing! School finances and taxes are never an easy topic to explain.

Over the past year, the district has been working to develop a logo with a classic design that could represent its three main communities-Buffalo, Hanover and Montrose-and its mission. The logo, seen here, is the result of that work.